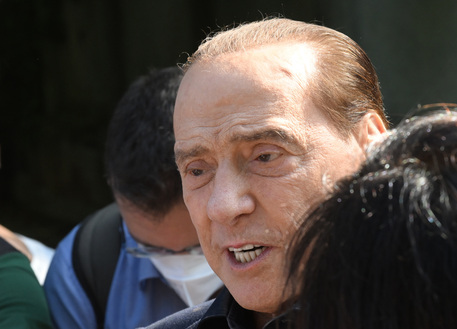 (ANSA) - ROME, MAY 18 - Three-time ex-premier and media mogul Silvio Berlusconi had sex slaves at orgies at his villa outside Milan where he had sex with a teenager Moroccan runaway and exotic dancer named Ruby the Heartstealer, one of the several trials that stemmed from the Ruby case heard Wednesday.
A number of the young women who attended the parties . which Berlusconi called elegant and innocent affairs - are on trial in the Ruby #3 case with the former premier over alleged bribes to make them keep mum about the true nature of the soirees.
Berlusconi was acquitted in the original trial because judges ruled he could not have known Ruby was only 17 when he paid for sex with her.
"The facts have been handed down to History by now: the serving premier was wont to systematically spice up his evening entertainments hosting in his home groups of odalisques, paid sex slaves," said prosecutor Tiziana Siciliano in her summing up, arguing that the so-called 'Olgetta Girls' (from their Milanese apartment block bankrolled by Berlusconi) were paid off by the centre-right Forza Italia leader.
Siciliano also said that a witness who died of a rare disease in 2019, Moroccan-Italian model Imane Fadil, "was afraid, a fear that went with her to her death, a fear that the milieu that accompanied her to her death was really dangerous and powerful".
The prosecutor also told the court that the lengthy duration of the trial, eight years, "means the (justice) system has failed".
(ANSA).