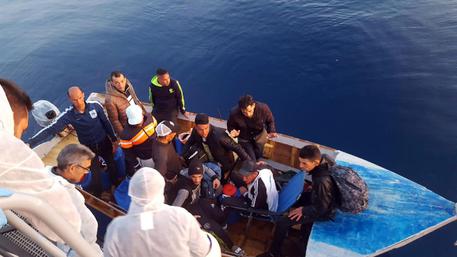 (ANSA) - Brussels, February 20 - EU border agency Frontex said Wednesday that the number of migrants who arrived in European via the central Mediterranean route towards Italy dropped to its lowest level since 2012 last year. "On the Central Mediterranean route, departures from all third countries dropped in 2018," Frontex said in a report.
"Noteworthy, Tunisia replaced Libya as the main country of departure for migrants detected on the Central Mediterranean route in September, October and December (in the other months it was Libya). "Importantly, departures from Libya, having fallen by 87%, accounted for the vast majority of the drop in detected migrants on this route. "Departures from Algeria fell by almost half compared with 2017, while departures from Turkey via the Aeagan and Ionian Sea fell by 37%. "The route hence recorded its lowest number of intercepted migrants since 2012. "The share of claimed minors on this route increased slightly in 2018 compared with 2017, recording a share of 19% (84% of them unaccompanied).
"Tunisians and Eritreans were the two most represented nationalities on this route, together accounting for more than one third of all detected migrants".