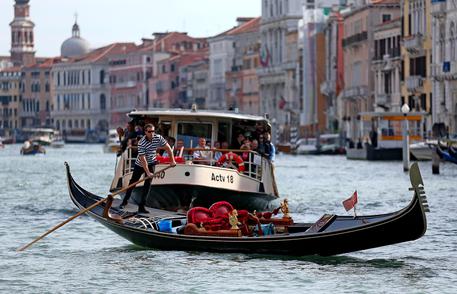 (ANSA) - Venice, August 14 - Two young men face charges of theft and dangerous navigation on Venice's Grand Canal after a missing gondola was discovered drifting with two people on board, police said Friday.
Two men, described as drunk, were discovered in the drifting gondola at about 3 a.m. by police and later learned that a similar Venetian boat was missing.
A 23-year-old man from Pordenone and a 24-year-old from Lecce province were arrested.
The gondola had apparently drifted from its moorings in Venice's San Toma district before the young men found it, said police, who added they returned the water craft.