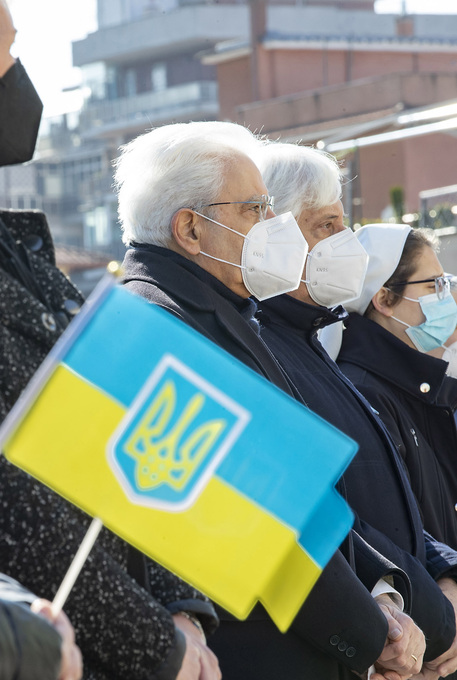 (ANSA) - ROME, MAR 8 - President Sergio Mattarella made an appeal for peace in Ukraine on Tuesday as he spoke at the Quirinal Palace on International Women's Day.
"It is intolerable, and it should not even be conceivable, that in this new millennium someone wants to behave according to the power criteria of past centuries," the head of State said.
"Demanding that bigger, stronger States have the right to impose their decisions on neighbouring countries and, unless that happens, attack them with the violence of arms.
"Provoking anxiety, suffering, deaths, inhuman devastation.
"This return to the past and step back for civilization should be stopped immediately, decisively".
He said the freedom of the Ukraine people was not the only thing at stake as so was "the peace, democracy, law and civilization of Europe and the whole of humanity".
"Opposing this drift towards confrontation and conflict has a price, it could cause costs to the economies of the countries that oppose it," he said.
"But these would be much lower than those that would be paid if this drift is not stopped now". (ANSA).