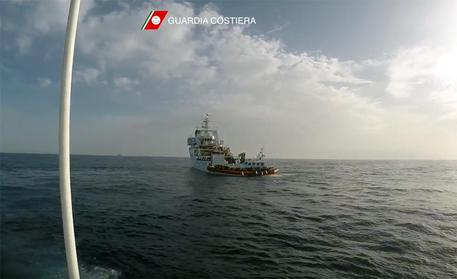 (ANSA) - Rome, July 30 - The Siracusa prosecutor's office has opened an investigation regarding the case of the coast guard ship Gregoretti, which has been in the Augusta port since Saturday evening with 115 migrants still onboard. The ship's captain, according to reports, is at the prosecutor's office to be questioned. Meanwhile, the European Commission is contacting member states to understand which countries would be willing to take in some of the migrants. Onboard are still 115 adults after those requiring medical care and 16 unaccompanied minors were allowed to disembark.
Interior Minister Matteo Salvini has said the others will not be allowed to disembark until other EU states agree to take them in.
Germany said Friday it would be willing to do so with some.