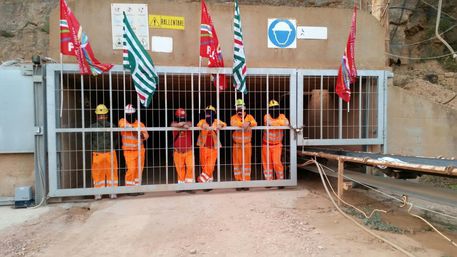 (ANSA) - Sassari, September 28 - Striking mineworkers who occupied a bauxite mine shaft in Sardinia at a depth of 180 metres vowed Monday not to return to the surface until the Greek company owning the mine rescinds 36 planned layoffs, union officials said.
Bauxite is the principal ore of aluminum.
S&B Industrial Minerals, which bought the mine concession at Olmedo in 2007, announced the layoffs in April.
Union leaders said the protest will continue no matter what the view of island's regional government, which is expected to rule Wednesday on whether the mine should resume working.