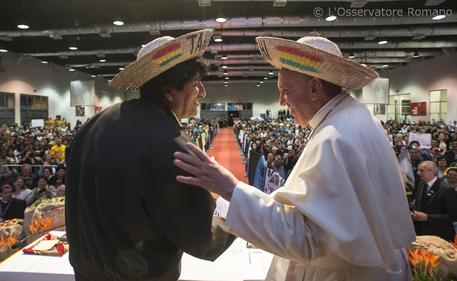 (ANSA) - Santa Cruz, July 10 - Pope Francis again showed his taste for informality by popping into a fast-food joint in Bolivia to use the washroom to change into his vestments before a major Mass.
Sources said that there were no churches nearby where the pope could change into his official robes ahead of an important Mass on Thursday in the Bolivian city of Santa Cruz.
Unfazed, Francis stopped at a Burger King and used the mens' room to change his clothing.
The public Mass, attended by hundreds of thousands, kicked off the Fifth National Eucharistic Congress in Bolivia.
http://popefrancisnewsapp.com/