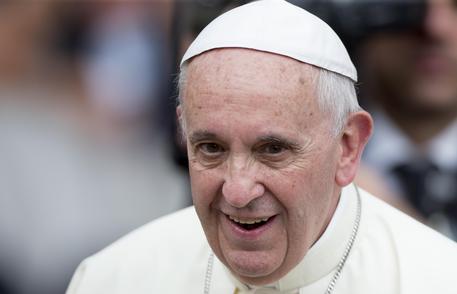 (ANSA) - Vatican City, July 3 - All positions in the Church should have a "deadline", Pope Francis said Friday. "There are no lifetime leaders, that happens in countries where there's a dictatorship," he said. It was not the first time Francis has argued that jobs in the Church should have a term.
On the second anniversary of his election, in March, he predicted his own tenure would be "brief" but did not elaborate on whether he was saying he might be forced to quit by frailty like is predecessor, who became the first pope in 600 years to abdicate in February 2013.
On Friday the pope also warned against greed, saying that "the devil always gets in via wallets, that is the way in". Francis also appealed for Christian unity. "History has divided us, Jesus help us to go onto the path of unity," he said in an ecumenical prayer for the Renewal in the Spirit movement. "Lord, you always do what you have promised: give us unity, to all Christians".
http://popefrancisnewsapp.com/