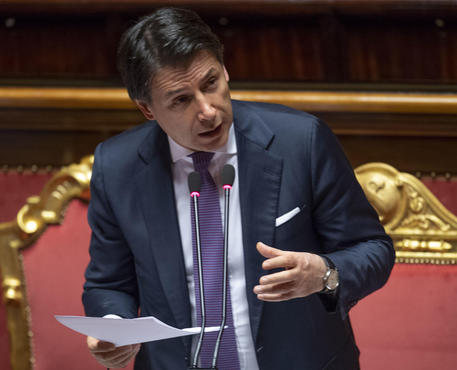 (ANSA) - Rome, February 7 - Premier Giuseppe Conte said Friday that it was time for his government to make a final decision on reform of Italy's statute of limitations, an issue that has been causing big tension within his coalition administration. "Dialogue, discussion, listening have always been the watchwords for how I conduct myself as premier," Conte said on Facebook. "But the time has come for decisions. The Italian people expect responses from us, not rows and delays". Conte was speaking after all of the parties supporting his government backed a compromise he proposed on the statute of limitations except for ex-premier Matteo Renzi's centrist Italia Viva (IV) party.
Italia Viva has led opposition within the government to a reform drafted by Justice Minister Bonafede, a member of the 5-Star Movement (M5S), which puts the statute of limitations on ice after a first-instance court ruling and came into force at the start of the year. The aim is to stop offenders getting off thanks to their lawyers' ability to draw out proceedings until the statute of limitations kicks in. Renzi argues there is a risk of people getting embroiled in never-ending trials and the slow pace of Italy's justice system getting worse. The reform has also come under fire from judges and criminal lawyers, as well as opposition parties.
Conte's reform would see the statute of limitations put on ice only when an first-instance conviction is upheld at the appeals level.
In Italy's three-tier justice system, convictions are not considered definitive until the appeals process has been exhausted. The row has prompted speculation that Conte's frequently fractious coalition government could be in danger.
Renzi on Friday dismissed reports IV might pull out of the ruling majority while giving 'external support' to the government in votes in parliament.
But he also warned that his party would be ready to leave the executive at once if Conte no longer wants it, adding that he did not think the statute-of-limitations compromise has the necessary support in parliament.