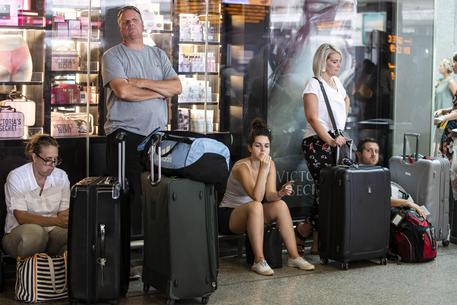 (ANSA) - Florence, July 22 - An arson fire in a rail transformer room on the outskirts of Florence caused train chaos in Italy on Monday.
The fire at the high-speed transformer caused long delays in both directions on the main north-south line.
Network company RFI said the fire was started "by a deliberate act by person or persons unknown".
RFI said some 25 high-speed trains had been cancelled, run by both Trenitalia and Italo.
It said the average delay was 180 minutes and there would be repercussions all afternoon.
Regional traffic in the larger metropolitan stations was also affected by delays, it said.
"Rail circulation was completely suspended from 05:00 to 08:00 this morning for checks on the part of judicial authorities", it said.
"After the first checks were carried out, traffic resumed with strong delays".
Delays of up to three hours were registered at Rome's main Termini Station, Italy's biggest rail hub.