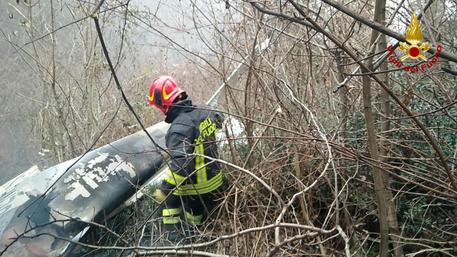 (ANSA) - Venice, January 31 - Two people died in a light-aircraft crash near Verona Wednesday, local sources said.
The Cessna single-engined plane came down at Arbizzano di Negrar, crashing into a wood at the Tenuta Novare, a well-known Valpolicella-producing estate, the sources said. Verona fire services and emergency medics rushed to the scene but nothing could be done.
The victims were identified but were not immediately named.
The plane caught fire when it crashed, sources said.
Crime scene investigators will try to establish if the pair died on impact or in the fire.
The plane had set out from Verona and was heading for Thiene.
The national flight safety agency ANSV opened an inquiry and sent an inspector to the scene of the crash.