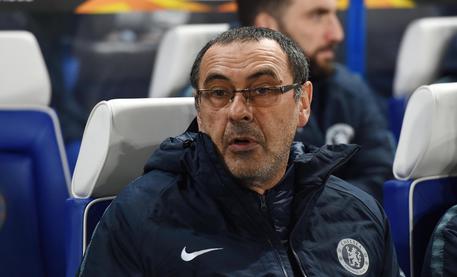 (ANSA) - Turin, June 20 - Maurizio Sarri said attractive football and success are not incompatible as he was presented as the new coach of Juventus on Thursday. "Winning and having fun are two things that can be combined, although it is difficult," Sarri, who led Chelsea to the Europa League title last season, told a press conference when asked about Juve's motto - winning is the only thing that counts. "I can't say much about winning because I haven't won much (in my career)," added the 60-year-old.
"I think the aim of enjoying yourself on the field is not in contrast with winning because a team that has fun on the field and entertains the public acquires the enthusiasm that is often the fuel to get results".
After winning eight consecutive Serie A titles under Sarri's predecessors, Antonio Conte and Massimiliano Allegri, Juve fans will be hoping Sarri's attractive brand of football will take them up to the next level in the European Champions League.
"The Champions league is a dream that should be pursued with ferocious determination, with the knowledge that it is a goal that has a monstrous coefficient of difficulty," Sarri said.
The coach also commented on the fact that many followers of his former club Napoli consider the fact that he has joined their arch rivals a sort of betrayal.
"When I was a child a was a Napoli fan," he said.
"I gave everything I had there, from a professional and moral point of view.
"In the last month (I wqas at Napoli) I had doubts (about my future), but the club took these away by presenting (Carlo) Ancelotti (as coach).
"It wasn't the club's fault but mine, because I had strong doubts about whether to continue or more on.
"I opted to go abroad so that I didn't go to another Italian team immediately.
"I think I respected everyone".