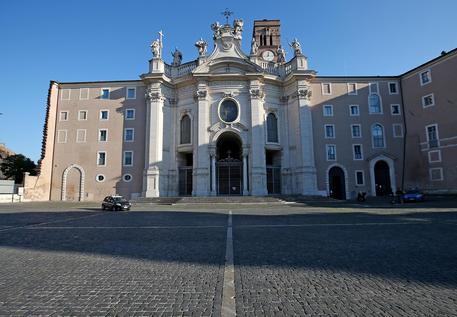 (ANSA) - Rome, July 7 - New rooms have been discovered in the domus (house) of Empress St. Helena, the mother of the Roman Emperor Constantine the Great, in the bowels of the basilica of Santa Croce in Gerusalemme in Rome, officials said Friday.
"These are nothing less than the living quarters of Helen's court ladies," said superintendent Francesco Prosperetti.
"We have shed more light on the main entrance into the domus and better established the divisions between the various rooms," said archaeologist Anna De Santis.
The Basilica di Santa Croce in Gerusalemme or Basilica of the Holy Cross in Jerusalem is a Roman Catholic minor basilica and titular church in the Esquilino district of Rome.
According to tradition, the basilica was consecrated circa 325 to house the relics of the Passion of Christ, including parts of the True Cross, brought to Rome from the Holy Land by Helena. At that time, the Basilica's floor was covered with soil from Jerusalem.
Helena ranks as an important figure in the history of Christianity and of the world due to her major influence on her son, who legalised Christianity, helping make it the dominant religion of the Roman Empire. photo: Basilica of Santa Croce in Gerusalemme