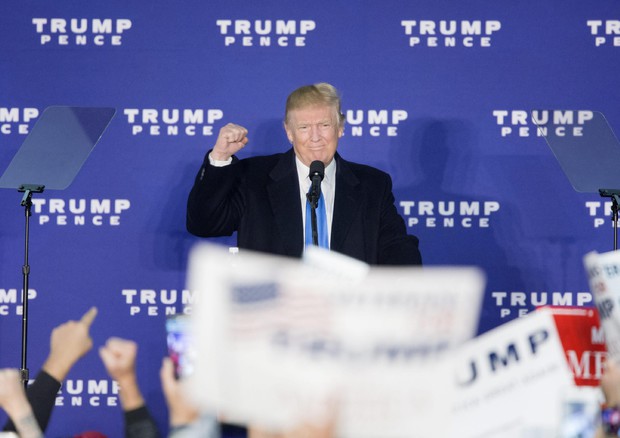 +CLICCA PER INGRANDIRE
(ANSA) - New York, November 9 - Donald Trump on Wednesday paid tribute to Democratic rival Hillary Clinton and called for united after being elected the 45th president of the United States. "I have just received congratulations from Hillary Clinton and I congratulate her for her campaign," Trump told supporters at his election headquarters. "It's time to unite and overcome divisions".
RIPRODUZIONE RISERVATA © Copyright ANSA