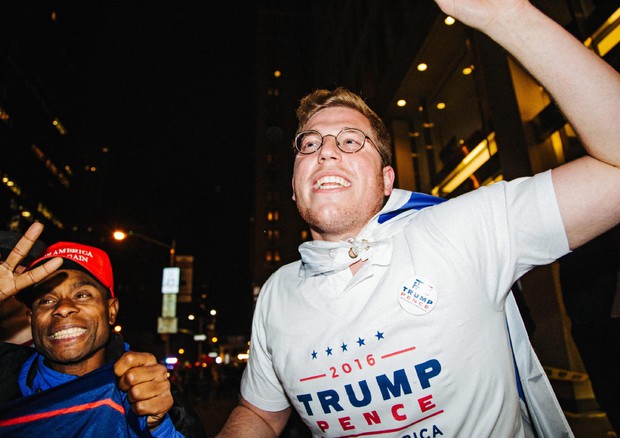 +CLICCA PER INGRANDIRE
(ANSA) - Milan, November 9 - Matteo Salvini, the leader of the right-wing Northern League, on Wednesday hailed Donald Trump's election as United States president as the "revenge of the people". "It's a blow to globalization," Salvini told the League's Radio Padania. "It's a win for courage, pride and labour and security issues against the banks, speculators, journalists and pollsters. The people have beaten the powers-that-be 3-0". Salvini added that his party, which, like Trump, takes hard-line stances on migration, should follow the lead of the U.S. president elect. "It's time to be more daring," he said, ahead of a rally in Florence on Saturday against the Constitutional reform of Premier Matteo Renzi's government. "I'll propose to the League that Florence will be the start of something, of a long march. It's a truly beautiful day against everything".
RIPRODUZIONE RISERVATA © Copyright ANSA