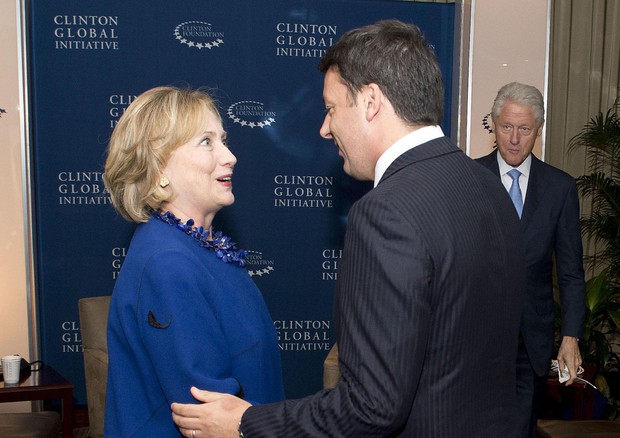 +CLICCA PER INGRANDIRE
(ANSA) - Rome, November 8 - Premier Matteo Renzi has reiterated his hope that Democratic candidate Hillary Clinton beats Donald Trump with the United States set to elect its next president on Tuesday. "These are decisive hours for the United States and, therefore, for the world," Renzi said on his Facebook page on Monday. "In a matter of hours we'll know the name of the 45th American president and obviously this decision will influence the world over the next four years very much. We... hope that it's a female". Renzi has said that the Rome will work with the United States government whoever wins the election. The premier returned to the issue on Tuesday during a visit to Asti to meet mayors from the northern province. "What will happen over the next 24 hours in the United States has a great deal of significance for our lives," Renzi said.
RIPRODUZIONE RISERVATA © Copyright ANSA