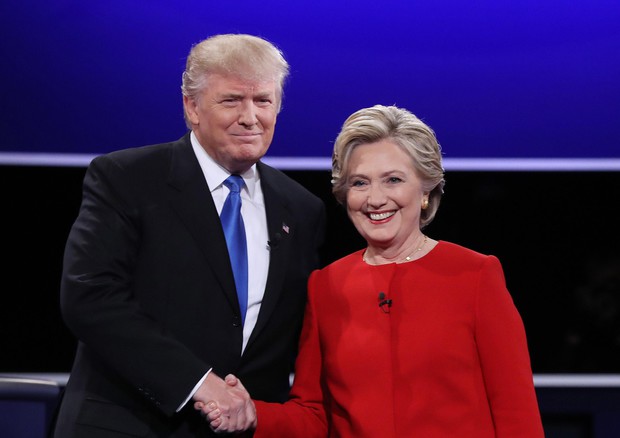 +CLICCA PER INGRANDIRE
(ANSA) - Rome, September 27 - Democratic presidential candidate Hillary Clinton won over her Republican rival Donald Trump in the first presidential television debate, according to several media surveys conducted after the Monday evening broadcast. CNN said Clinton won with 62% of preferences compared to 27% of preferences won by Trump. The former secretary of state and ex First Lady and the New York property tycoon battled it out for 90 minutes over the economy, foreign policy, race and immigration, among other issues. The candidates to replace Barack Obama in January engaged in a series of occasionally raw clashes, although the tone was not over the top. Two more TV debates are scheduled for October 9 and 19, before elections on November 8.
RIPRODUZIONE RISERVATA © Copyright ANSA