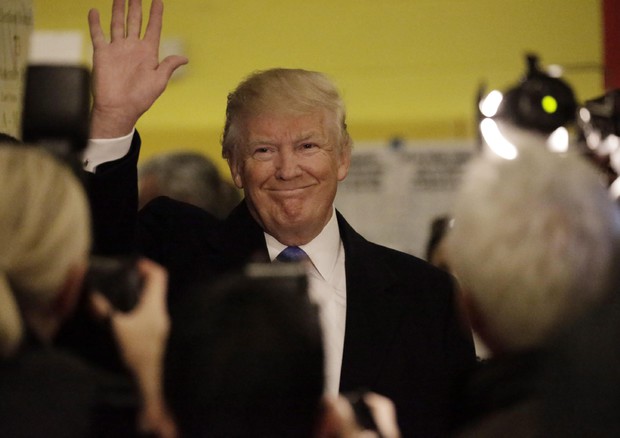 +CLICCA PER INGRANDIRE
(ANSA) - Milan, November 14 - Premier Matteo Renzi said Monday that he had spoken to United States President-elect Donald Trump after his victory last week and pledged to cooperate with the new administration in Washington DC. "I called Donald Trump and I think I was one of the first (leaders) in Europe to do so," Renzi told students at Milan's Cattolica University. "I guaranteed him cooperation and I wished him and the United States good luck". Renzi advised the students with good English to look up President Barack Obama's speech after Democratic candidate Hillary Clinton's defeat to Trump. The premier also spoke about the U.S. election in an interview with Radio Montecarlo on Monday. "If I were American, I would have voted Clinton. I'm a fan of Obama," Renzi said. "That said, Trump won, congratulations. Italy works with the USA. It's premature to say what will happen now. President Trump will probably be different from the candidate".
RIPRODUZIONE RISERVATA © Copyright ANSA