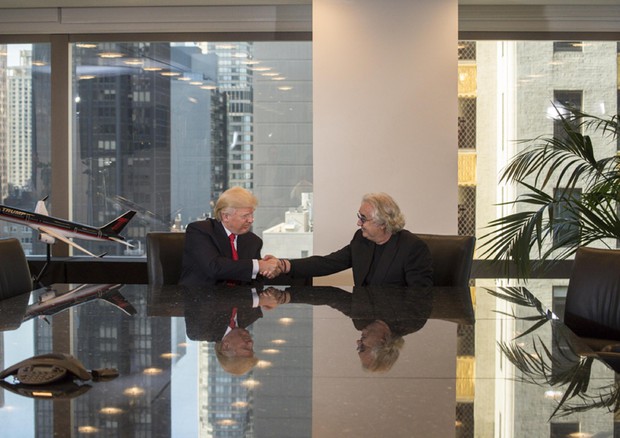 +CLICCA PER INGRANDIRE
(ANSA) - Rome, November 10 - Italian entrepreneur and ex-Formula One motor racing boss Flavio Briatore defended his friend, US president-elect Donald Trump, saying the controversial populist Republican property tycoon "is more moderate than people think". "He is first of all a businessman who aims for a result. He will surround himself by a strong team, as he has always done in his work, and he will proceed with his programme," Briatore said. "The pollsters are subjugated to the strong powers and also unable to see what is really going on around them," he added of the opinion polls that consistently put Trump's Democrat rival Hillary Clinton in the lead in the run up to Tuesday's election. "Donald is able to understand people, unlike the pollsters and American press who remain in their offices and know nothing of what is going on outside," Briatore continued. The president-elect "represents a novelty for US politics. For 20 years the country has been dominated by three families: Bush, Obama and Clinton. People have had enough," he said. "America will become great again, you'll see."
RIPRODUZIONE RISERVATA © Copyright ANSA