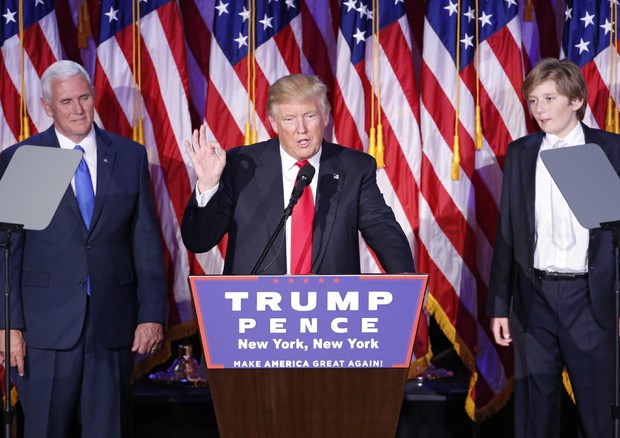 +CLICCA PER INGRANDIRE
(ANSA) - New York, November 9 - Donald Trump, 70, has been elected the 45th president of the United States after the Republican candidate beat Democratic rival Hillary Clinton in Tuesday's election. Trump on Wednesday paid tribute to Clinton and called for unity. "I have just received congratulations from Hillary Clinton and I congratulate her for her campaign," Trump told supporters at his election headquarters. "Now it's time for America to bind the wounds of division... I say it is time for us to come together as one united people. "I pledge to every citizen of our land that I will be president for all Americans, and this is so important for me. "For those who have chosen not to support me... I'm reaching out to you for your guidance and your help so that we can work together to unify our great country".
RIPRODUZIONE RISERVATA © Copyright ANSA