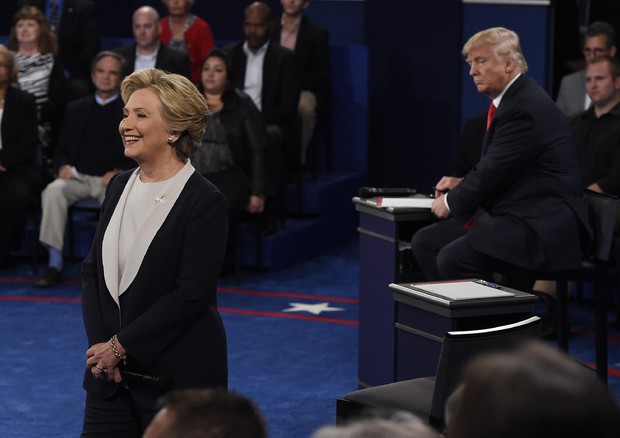 +CLICCA PER INGRANDIRE
(ANSA) - Rome, October 10 - Democratic candidate Hillary Clinton was adjudged to have won a venomous second United State presidential debate on Sunday while Republican runner Donald Trump was said to have survived with a ferocious attack on her and her husband, former president Bill Clinton. CNN said that 57% of people polled said Clinton had done better, compared to 34% for Trump, whose campaign is in trouble following the release of remarks in which he talked about groping women. Trump brought a group of women to the debate who alleged Bill Clinton sexually assaulted them, accusations that are unproven. "There's never been anybody in the history of politics that's been so abusive to women," Trump said of Bill Clinton. "Mine are words and his are action". He also suggested that, if he were president, Hillary Clinton could face jail.
RIPRODUZIONE RISERVATA © Copyright ANSA