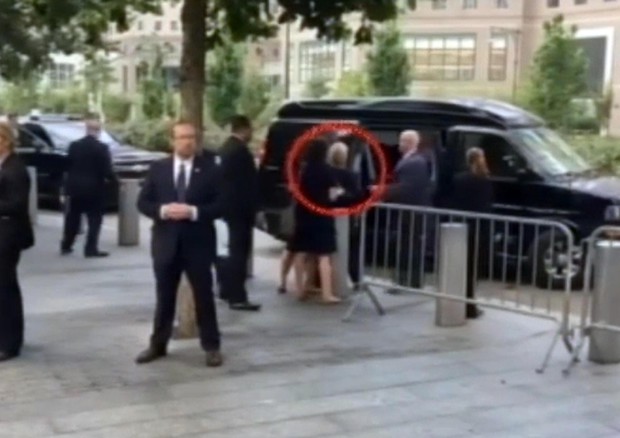 +CLICCA PER INGRANDIRE
(ANSA) - New York, September 13 - Democratic presidential nominee Hillary Clinton said Monday she had not disclosed the diagnosis of pneumonia immediately because she "just didn't think it was going to be that big a deal". Her comment came in response to a furore after she had to leave a September 11 memorial event in lower Manhattan on Sunday and appeared on video to struggle to stay on her feet as she got into a car. Clinton's physician, Dr. Lisa Bardack, subsequently said in a statement that she was diagnosed Friday with pneumonia, put on antibiotics and advised to rest. However, the candidate insisted she now felt better and that she never lost consciousness. "I felt dizzy and I did lose my balance for a minute. But I got in, once I could sit down, once I could cool off, once I got some water, I immediately started feeling better," she told CNN's "Anderson Cooper 360". Clinton later reassured her supporters on Facebook that her condition was improving. "I'm in a hurry to return to work," she wrote.
RIPRODUZIONE RISERVATA © Copyright ANSA