Vertex Pharmaceuticals Incorporated (Nasdaq: VRTX) today confirmed that, following recent collaborative discussions, it has negotiated an agreement with the Health Service Executive (HSE) in the Republic of Ireland to expand the existing long-term cystic fibrosis (CF) reimbursement agreement to include the triple combination regimen (elexacaftor, tezacaftor and ivacaftor), which is under review and pending approval by the European Medicines Agency, for all eligible patients ages 12 and older in line with the potential future licensed indication.

This expands the existing agreement which had already included access to current and future Vertex medicines for people in Ireland with CF of any age who:

This innovative long-term agreement also enabled rapid access for people with these mutations if the labels of the existing medicines were expanded to cover additional age groups and if new Vertex medicines were approved for these populations.

Ludovic Fenaux, Senior Vice President, Vertex International, said, “With this expanded agreement, even more patients in the Republic of Ireland will be among the first in Europe to benefit from the triple combination treatment once the medicine is licensed.”

Triple combination treatment (elexacaftor, tezacaftor and ivacaftor) is not currently licensed for use in the European Union. Vertex submitted a Marketing Authorization Application to the European Medicines Agency on October 31, 2019.

Vertex is a global biotechnology company that invests in scientific innovation to create transformative medicines for people with serious diseases. The company has four approved medicines in the U.S. and three approved medicines in Europe that treat the underlying cause of cystic fibrosis (CF) — a rare, life-threatening genetic disease — and has several ongoing clinical and research programs in CF. Beyond CF, Vertex has a robust pipeline of investigational small molecule medicines in other serious diseases where it has deep insight into causal human biology, including pain, alpha-1 antitrypsin deficiency, and APOL1-mediated kidney disease. In addition, Vertex has a rapidly expanding pipeline of genetic and cell therapies for diseases such as sickle cell disease, beta thalassemia, Duchenne muscular dystrophy and type 1 diabetes mellitus.

Founded in 1989 in Cambridge, Mass., Vertex's global headquarters is now located in Boston's Innovation District and its international headquarters is in London, UK. Additionally, the company has research and development sites and commercial offices in North America, Europe, Australia and Latin America. Vertex is consistently recognized as one of the industry's top places to work, including 10 consecutive years on Science magazine's Top Employers list and top five on the 2019 Best Employers for Diversity list by Forbes. 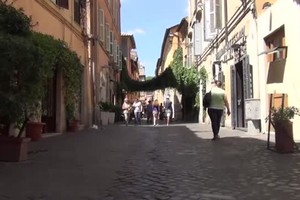