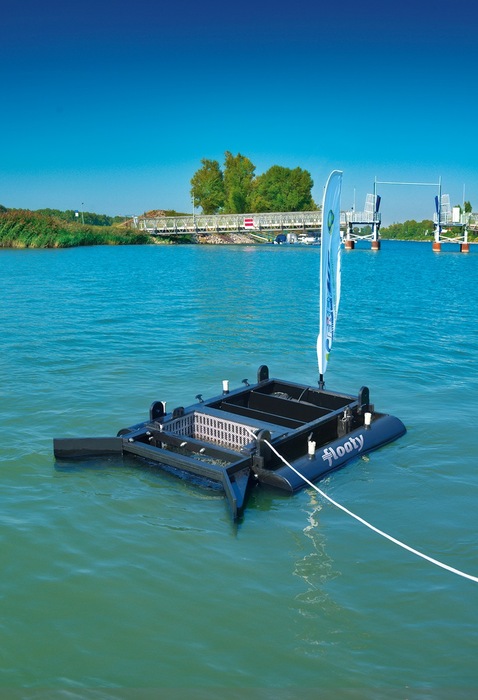 A world first in the field of oil spill remediation and the recovery of oil from the water surfaces.

Vienna - Three brilliant innovations (OCEAN GUARD, MOBILE OIL SEPARATOR and FLOATY) that will revolutionize conventional methods of oil spill cleanup were presented for the first time.
Whilst Both the OCEAN GUARD and the MOBILE OIL SEPARATOR are dedicated to major Oil spills (HARBORS AND OCEAN) the smaller System FLOATY is rather suitable for Marinas especially by boat gaz stations.

All 3 innovations were invented and developed by the Viennese company FREYLIT Umwelttechnik GmbH/ Austria (founded in 1983).

20,000 Freylit oil separators on land are installed worldwide with the proven FREYLIT Corrugated Coalescing plates technology, which separates the oil from the water in operation.


With this proven Coalescing plate technology, which is now also installed in the floating oil separators, the spread of any kind of oil is now avoidable in the maritime world, on lakes or river systems.

The oil is sucked from the water surface directly into the OCEAN GUARD or FLOATY using a sophisticated skimmer technology and the oil is separated directly on site using the corrugated plate technology, thus saving time and money, as there is no need for costly disposal transport.

The environment benefits directly from the clean water, only the separated and concentrated oil is collected in the Systems and used accordingly. The clean water is returned to the sea with a residual oil content of less than 5ppm.

MOBILE OIL SEPARATOR is non-floating and installed on a boat, trailer or truck.


AREAS OF APPLICATION AND BIGGEST ADVANTAGE:

OCEAN GUARD: Oil spill cleanup in ports and at sea.

The OCEAN GUARD can be transported to the oil spill scene by speedboat or helicopter,  allowing an immediate remediation.

Rapid intervention at the scene of the oil spill will prevent the oil from spreading.

FLOATY: enables an uncomplicated removal of fuel and oil residues from the water surface at boat  gaz stations or in marinas. Residues that repeatedly pollute the water, such as the oil loss whilst refueling a boat, are removed in a cost-effective and timely manner.

MOBILE OIL SEPARATOR: Oil spill clean-up applications in harbors.  In Addition to the oil spill remediation from water, this system enables the suction and separation of the oil from surfaces such as sea walls and rocks that accumulate oil  as result of  clean up process.

FREYLIT Austria is currently working on widening its network of local sales partners in the European market.