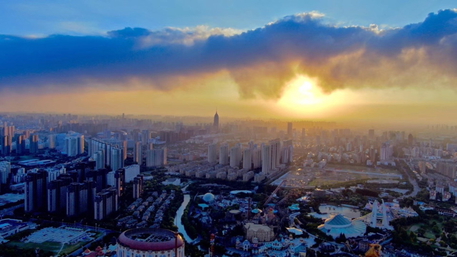 On January 17th, 2020 the Chinese National Bureau of Statistics announced the economic data for 2019. According to this report, the City of Changzhou in Jiangsu Province ranked among the top 10 cities in China by GDP per Capital for the third year.

Located in the center of the Yangtze River delta, Changzhou was the birthplace of the modern Chinese industry in the later 19th Century. The industrial gene and trade tradition made Changzhou being the very first cities to start the private economy in the early 1980s in China. The quite but diligent work in the last 40 years paid off well. Changzhou's GDP reached over 107,8 billion US Dollars and the GDP per Capital over 23,000 US Dollars in 2019.

The City of Changzhou distinguishes itself from its globally well-known neighbors Suzhou and Wuxi, with a strong focus on strengthening private companies. Changzhou has over 200 local companies listed as "the Hidden Champions" in China, which lead the most market share in respective markets nationwide. Many of them are even leading players in the global market, like Trina Solar, Hengli Hydraulic, and Shangshang Cable.

Changzhou's market-economy policy also attracts foreign companies to set up branches there. By the end of 2019, there are over 4000 foreign companies in Changzhou, ranging from multinational corporates to young startups.

To advance the economic development sustainably, Changzhou made its focus on high-tech and innovative industrial solutions in areas including robotics, new energy technologies, advanced material technologies, and bio and medical technologies.

Changzhou has set up cooperation with many technologically leading countries like Germany, Israel, and Japan. For example, there are 159 German companies set up branches in Changzhou, including Fortune Global 500 companies like Bosch and ThyssenKrupp.

Besides the robust economy, Changzhou offers other charming factors for investors and employees. The real estate price is relatively moderate in comparison to the other developed cities in the region. The city has numerous parks at almost every corner. The secondary school and vocational education institutions in Changzhou enjoy an outstanding reputation historically in China.

With its pragmatic and open local policy towards the private economy and sustainable development, the City of Changzhou is optimistic about having more international investors in the coming year. 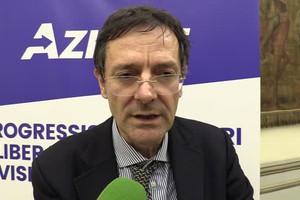