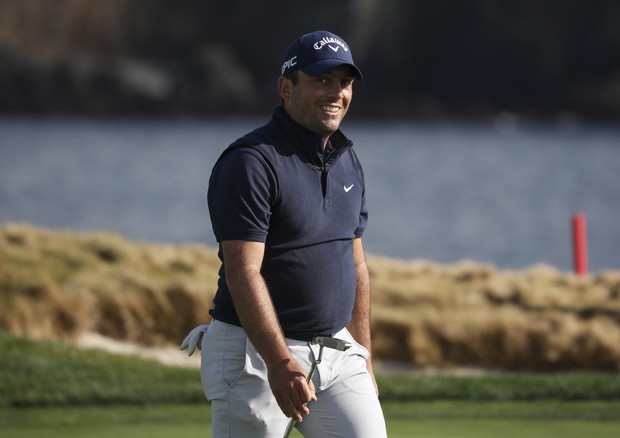 (ANSA) - ROME, FEB 16 - Francesco Molinari says his year-long slump in form may be turning after his recent top ten finishes in California but he still has a long way to go to make this year's team for the Ryder Cup, where he was Europe's star player in 2018, the year he also won the British Open.
Molinari is currently 65th on the European points list and 54th on the world's points list after finishing eighth at The American Express and 10th at the Farmers Insurance, before slipping back to 59th at the AT&T Pebble Beach Pro-Am, dropping him down from 105th to 107th in the world rankings led by Dustin Johnson.
He told GolfDigest it had been a tough road back from throwing away a last-round lead in the 2019 Masters, which might have sealed his place as the pre-eminent European golfer currently around.
And he also said he will have to make up some distance to make the Ryder Cup team, having struggled to adjust to a move to the US from London during COVID-enforced downttime last year..
"To be honest, I'm so far back now without playing last year that I haven't even looked where I'm at," he told the golfing magazine.
"I've got a long, long way in front of me, but hopefully I'll play well enough. But yeah, at the moment, a long way down the line. I can't deny, obviously I'd love to be there." Next up for the 38-year-old from Turin is The Genesis, where he will be relaunching his bid to get back into the world's top 100. (ANSA).