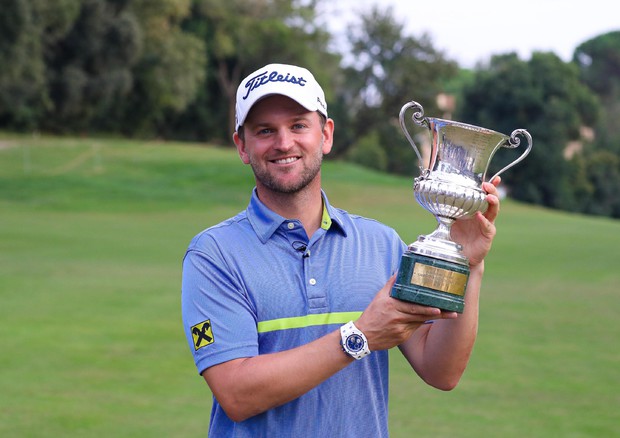 (ANSA) - Rome, October 14 - Austria's Bernd Wiesberger held off Britain's Matthew Fitzpatrick to win the 76th Italian Open on Sunday.
The 34-year-old Vienna born player also took the lead in the Race to Dubai.
Wiesberger finished on 16 under par.
Two Italians finished in the top ten: Francesco Laporta seventh and Andrea Pavan 10th.
2018 British Open winner Francesco Molinari missed the cut.
"Winning the Italian Open and my second career tournament in the Rolex Series European Tour is a great satisfaction," said the Austrian.
"I'm really happy, also to have come close to the world top 20 and getting the lead in the race to Dubai".
Wiesberger won over $1,160,000.
Wiesberger closed with a six-under par 65 at Olgiata Golf Club in Rome to defeat Fitzpatrick by one. The victory was Wiesberger's third of the year and seventh of his career.
In the 2018 season, Wiesberger played the last of seven starts in late April, then underwent wrist surgery that ended his season. He predictably was slow to regain his form in the new season, then won the Made In Denmark in May and the Aberdeen Standard Investments Scottish Open in July in this the best year of a European Tour career that began in 2009.