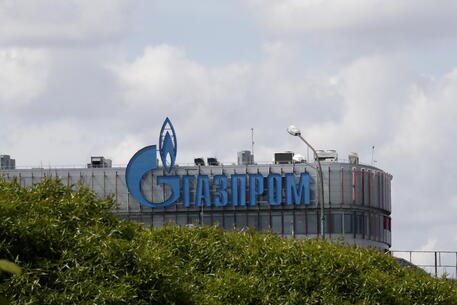 (ANSA) - ROME, JUL 11 - Russian energy giant Gazprom on Monday cut its gas supplies to Italy by a third, Italian fuels giant Eni said.
The cut came on the same day Gazprom shut down the Nord Stream1 gas pipeline to Europe for 10 days, officially for maintenance.
Germany and France, as well as the EU, voiced fears of a total stop to Russian gas supplies amid the Ukraine war.
European Commission spokesman Tim McPhie said the situation was "serious" and the EU was getting ready for "any scenario".
He said the Commission would have a winter energy plan by the middle of July and Europe would be "rapid" in weaning itself off Russian gas.
Gazprom cut its flow of gas into Italy to 21 million cubic metres, a third down on the average of the last few days.
Gas prices fell markedly in Europe thanks to Canada's decision to allow the delivery of a turbine that should enable supplies to Germany to return.
In Amsterdam gas quotations lost as much as 12%, only to rise to a 7% loss, at 163 euros per MegaWattHour.
Italy has been pressing for Europe to introduce a gas price cap and Premier Mario Draghi extracted a pledge from the June 23-4 EU summit to draft a report on the issue to be examined by the end of September.
Oil and gas infrastructure operator Snam said Monday that gas stocks were now up to 6.1 billion cubic metres or 64% of their target.
Ecological Transition Minister Roberto Cingolani said Monday that the government was discussing a campaign to save gas and water, to be launched shortly.
"We are discussing with other ministries about a rapid information project on two major sectors: water and energy.
"Among other things, they are closely connected. We are thinking of constructing a series of messages to give suggestions for behaviour and sobriety in the use of resources.
"It will be fundamental to launch these messages shortly, seeing that the period in which consumption grows will start after the summer".
The Italian government has been working hard to end the nation's reliance on Russian gas since Moscow's invasion of Ukraine, reaching and preparing a series of agreements to boost supplies from elsewhere.
The proportion of Italy's gas supplied by Moscow has already fallen from 40% at the start of the conflict to around 25% now, sources said recently.
Algeria's share has risen to over 30%.
The Italian government has "moved rapidly" to diversify suppliers by scrambling to set up alternatives with countries like Algeria, Angola, Congo, Libya, Egypt, Israel and Mozambique, Premier Mario Draghi said recently.
Eni recently joined the world's largest Liquefied Natural Gas (LNG) project in Qatar. (ANSA).