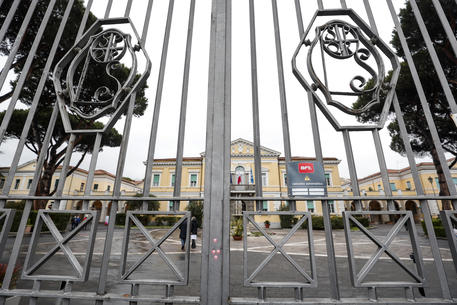 (ANSA) - ROME, MAY 19 - The first case of monkey smallpox, or monkeypox, has been identified in Italy in a man who returned from a stay in the Canary Islands and presented with smallpox symptoms to Rome's Umberto I Hospital.
The tests that found the disease were carried out at Italy's premier infectious disease hospital, the Spallanzani, also in the Italian capital.
Monkeypox was first discovered in 1958 when two outbreaks of a pox-like disease occurred in colonies of monkeys kept for research, hence the name 'monkeypox.' The first human case of monkeypox was recorded in 1970 in the Democratic Republic of Congo during a period of intensified effort to eliminate smallpox.
Since then monkeypox has been reported in humans in other central and western African countries.
The World Health Organization said it was monitoring the "quickly evolving situation" after reported cases in Britain, Spain and the United States since the start of May as well as the Italian case, plus two other suspected cases in Italy.
The WHO said travel or trade restrictions with the UK had so far been ruled out.
Italy's Higher Health Institute (ISS) on Thursday set up a task force of experts and contacted its 'sentinel' network of sexually transmitted disease centres in order to "continually monitor the national situation" following the cases of monkeypox.
The ISS said regional health authorities had been alerted but there was so far no cause for alarm.
The institute urged caution "in close relations or sexual relations" that involved an exchange of bodily fluids and stressed the importance of the role of its sexual infection centres.
Health Minister Roberto Speranza said "we are keeping the level of attention high thanks to our European and national networks of surveillance." He said that at the ongoing G7 health ministers meeting he had spoken to European Health Commissioner Stella Kyriakides and the other ministers about the monkeypox situation.
Speranza said that the European Centre for Disease Prevention and Control (ECDC) and HERA, the Health Emergency Preparedness and Response department, would be asked to follow the cases.
The ECDC said so far there had been five cases in Portugal and seven in the UK as of Wednesday, as well as eight suspected cases in Spain.
In Portugal , it said, there were a further 20 suspected cases and all cases regarded young men in Lisbon and the Tago valley.
(ANSA).