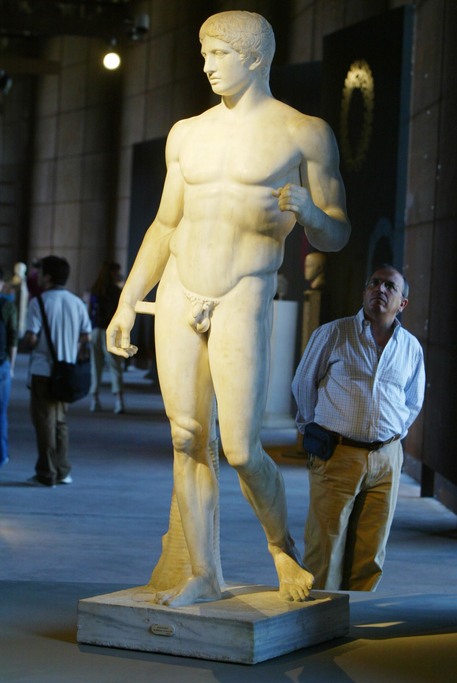 (ANSA) - ROME, FEB 21 - A court near Naples has asked a US museum to return of copy of a canonical Greek statue of ideal male proportions, the Doriphoros (lance bearer) of famed sculptor Polykleitos.
The court at Torre Annunziata says the Roman copy of the Greek original which the Minneapolis Institute of Art bought for a reported two and a half million dollars in 1984 was stolen from the ancient Roman city of Stabiae near Naples in the mid-Seventies by an international art trafficker, Elie Borowski.
It said the copy, made in the first century BC from the now-lost Greek original that dated to 440 BC, is of "inestimable" value and must be returned to Italy because it is a looted art work.
The mayor of Castellamare di Stabia, Gaetano Cimmino, thanked the prosecutors for their petition to US authorities and sad "let's get the statue back home and host it in our archaeological museum". (ANSA).