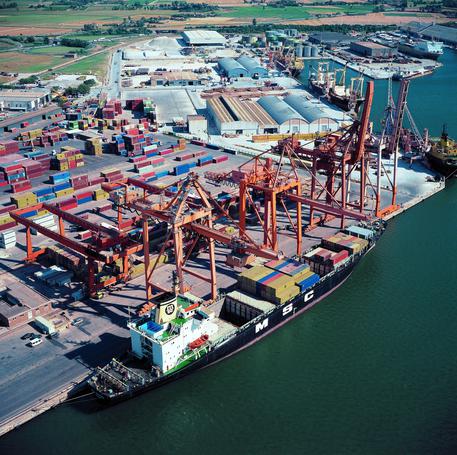 (ANSA) - ROME, MAY 25 - Unions representing workers at the port of Ravenna said Tuesday that they had called off a strike on June 3 after the owner of a ship headed to Israel, which was initially expected to take on "one or more containers holding materiel to be used in war", said he had reversed his decision to take on the shipment.
The unions had previously said Ravenna port workers would refuse to load any weapons, explosives or other materials that "could fuel the conflict between Israel and Hamas" The transport sections of CGIL, CISL and UIL unions said Tuesday that the workers "feel the moral responsibility to do what they can to show their commitment to peace and they refuse to be complicit in any way with this tragic conflict and in endangering the fragile ceasefire". (ANSA).