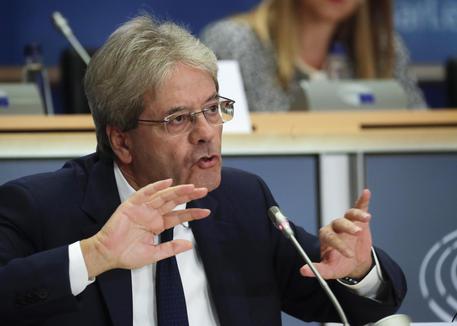 (ANSA) - Brussels, October 3 - The European Parliament's economic affairs committee has approved former Italian premier Paolo Gentiloni's nomination to be the new Economic Affairs Commissioner after his hearing on Thursday, sources said.
Addressing MEPs in a hearing beforehand, Gentiloni told the European Parliament that he would focus on cutting debt if MEPs ratified his nomination. "I will concentrate on reduction of public debt in the application of our rules as someone who cares about the potentially destabilizing impact of high debt when the economy is going badly," Gentiloni said during his hearing in the parliament. The former Italian premier and centre-left Democratic Party (PD) bigwig added that he would also make "appropriate use of the budget space (allowed) to address the risk of our economies slowing".
He also said that Eu rules were not an impediment to investments; that current growth was not sustainable and lawmakers should think of citizens; that the stability and growth pact was "not perfect" and reflection should be made on revising; that he would not be a commissioner for a single country (Italy); and that he would use budget flexibility to boost investments.
Gentiloni stressed that budget flexibility was not a "concession" but was enshrined in EU rules.
He also said that "discretionality" should not dominate flexibility.
Gentiloni added that the golden rule was up for discussion.
The former premier was proposed by the new 5-Star-PD government.