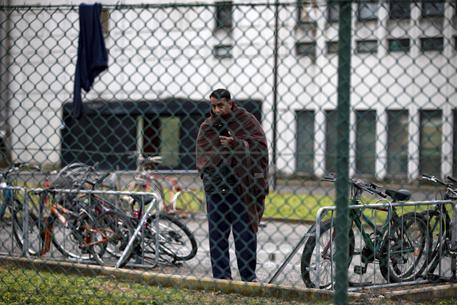 (ANSA) - Rome, January 23 - The controversial transfer of asylum seekers from the CARA reception centre at Castelnuovo di Porto, near Rome, continued on Wednesday after around 30 people were moved on Tuesday. The centre, Italy's second-biggest asylum-seeker reception facility, is set to close at the end of the month, prompting concerns about what will happen to the people who have been staying there.
Around 75 people are set to be moved from the centre on Wednesday, sources said, with around 30 going to facilities in the Marche region Rossella Muroni, a lawmaker for the leftwing Free and Equal (LeU) group, stood in front of a bus carrying migrants away from the centre, temporarily blocking it and winning applause from a group of people outside the facility.
Opposition politicians criticised Deputy Premier and Interior Minister Matteo Salvini over the move.
"These deportations that Salvini wanted are the umpteenth act of a cynical, propaganda-based policy that does not solve problems but aims to create chaos, increasing marginalization and insecurity, and provoking social tension," said former Lower House Speaker and Free and Equal (LeU) party member Laura Boldrini, a former UN refugee spokesperson.
Partisans' association ANPI and the ANED association for survivors of Nazi death camps expressed indignation in a joint statement.
"The political decision to close the centre for supposed economic reasons does not justify an intervention with the army and the police, with notice of just a few hours given and the forced, sudden deportation to unknown destinations of men, women and children," the statement said. Former industry minister Carlo Calenda, a member of the opposition centre-left Democratic Party (PD), was critical too.
"They keep clearing centres for immigrants but where do they go? They stay in Italy and wander around on the street," Calenda said.
"This measure is not just inhuman, it is also stupid because it increases insecurity". League party leader Salvini, meanwhile, defended the decision.
"Today we have done what every good father would have done for his family," he said.
"Castelnuovo was the second-buggest migrant centre (in Italy). It was hosting over 1,000 people at one stage.
"The State was paying one million euros a year in rent and over five million on running it.
"So, having halved the immigrants hosted at that centre and freed up other places in Lazio, it was right to close that facility and save money.
"All the guests that were inside and had the right to be there will be hosted at other structures".
A 25-year-old Nigerian who has been ejected from the CARA told reporters she feared she would end up on the streets with her six-month-old son.
"I'll end up on the street, I don't know where to go and I hope I'm not forced into prostitution again," said the woman, Blessing.
Like many others, she has been stripped of her humanitarian protection status by Salvini's security decree, and seen her refugee request turned down.
"I'm desperate," she said. "My aim now is to protect my son".
Salvini has been widely criticised for his security-and-migration decree.
Some mayors have have rebelled and several regional governments have also said they will appeal to the Constitutional Court against the measure, which critics says robs migrants of access to healthcare, social housing and other benefits.