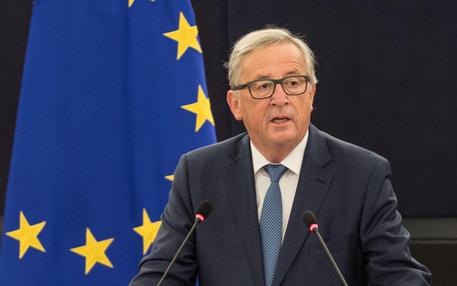 (ANSA) - Brussels, September 22 - The EU is "ridiculous" for not having ratified the Paris accord on fighting climate change, European Commission President Jean-Claude Juncker said Thursday.
"We were the promoters" of the accord, he told the European Economic and Social Council (EESC), "but now the United States, China, India and Japan have ratified and Europe (not)?." He said "this way we lose face internationally". Juncker recalled that he urged ratification at last week's EU summit in Bratislava and reiterated: "the EU's influence and credibility in the world is at stake". The Paris Agreement, a deal within the United Nations Framework Convention on Climate Change (UNFCCC) on greenhouse gas emissions mitigation starting in 2020, was adopted in December 2015. As of September 2016, 187 UNFCCC members have signed the treaty, 60 of which have ratified it. The agreement will only enter into force when 55 countries that produce at least 55% of the world's greenhouse gas emissions ratify it.
Although the minimum number of ratifications has been reached, the ratifying states do not produce the requisite percentage of greenhouse gases for the agreement to enter into force.