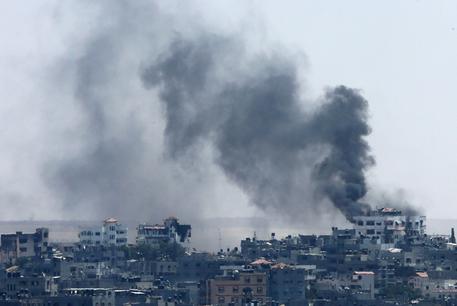 (ANSA) - Gaza, July 24 - At least 16 people were killed and 200 were wounded Thursday after Israeli artillery struck a compound that includes a school operated by the UN's Palestine refugee agency UNRWA in the Gaza Strip, medical sources said.
The school was located in Beit Hanun, in the northern part of the Gaza Strip, where numerous residents have taken shelter from the latest fighting between the Islamic militant group Hamas and Israel.  The location of the school was known to the Israeli military, and no warning was given before the fatal air strike, according to a UNWRA official. The victims included women, children, and United Nations staffers, UN Secretary-General Ban Ki-moon said.