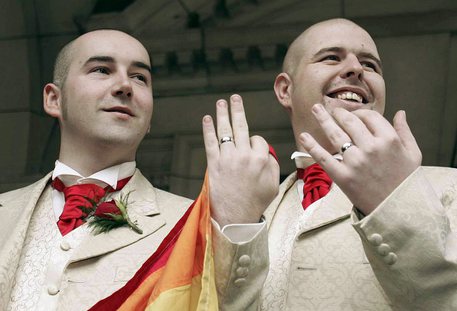 (ANSA) - New York, May 27 - The US Census Bureau has decided to bring itself in line with public opinion and start categorising same-sex married couples as 'families', the Washington Post reports. The new categorisation will be in effect as of September, when the results of the 2013 American Community Survey will be reported.
Until now gay couples have been categorised as unmarried partners, even when they reported themselves as spouses.
The source points out that the relatively small number of gay married couples - around 180,000 - in the US means that the change will have only a minor effect on the statistical outcome of the survey and that its significance is largely symbolic.
"I think the American public already thinks same-sex married couples are families, and the Census Bureau is just catching up with public opinion," said Andrew J. Cherlin, a sociologist at Johns Hopkins University who studies families.