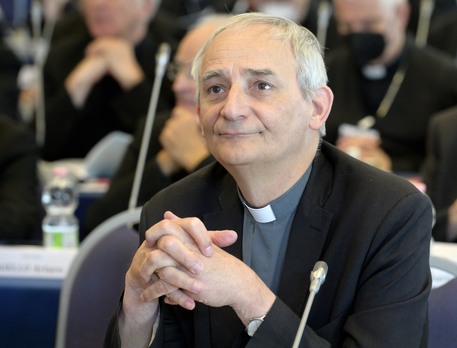 (ANSA) - ROME, MAY 24 - Pope Francis has nominated Cardinal Matteo Maria Zuppi, the Archbishop of Bologna, the new president of Italian bishops conference CEI, the conference said on Tuesday.
A Rome native, the 66-year-old graduated in literature and philosophy at the city's La Sapienza University and then studied Sacred Theology at the Pontifical Lateran University.
He was ordained as a priest in May 1981.
He worked with the Community of Sant'Egidio Catholic lay association and, as part of this, he helped the poor and marginalized in Rome and he was involved in negotiations that helped end the civil war in Mozambique in 1992.
Pope Francis named him Archbishop of Bologna in 2015 and made him a cardinal in 2019.
Zuppi replaces Gualtiero Bassetti, whose five-year term at the head of the CEI has ended. (ANSA).