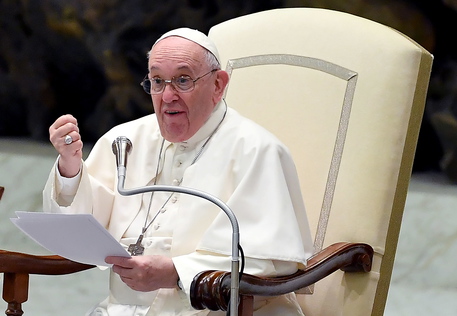 (ANSA) - ROME, SEP 22 - Vatican Secretary of State Pietro Parolin said Wednesday that he was not aware of hostility towards Pope Francis among senior members of the Catholic Church after the Argentine pontiff reportedly joked that some clergymen would like to see him dead.
Jesuit magazine La Civilta Cattolica on Tuesday quoted the pope as telling a group of religious during his recent visit to Slovakia that he was "still alive, even though some people wanted me dead" when asked about his health following colon surgery in July.
"There were even meetings between prelates who thought the pope's condition was more serious than was being said," the pope added, according to the magazine.
"They were preparing for the conclave".
When asked about the comments, Parolin said that "the pope probably has information that I don't have.
"I honestly had not sensed this climate.
"Not having evidence to hand, I think perhaps it was a thing that concerned few people, that a few people had got this thing in their heads.
"The pope probably made these statements because he has knowledge that I have not received". (ANSA).