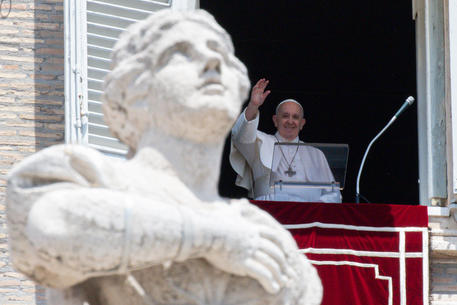 (ANSA) - VATICAN CITY, JUN 14 - Pope Francis on Monday urged authorities to help the jobless saying poverty had got much worse during the COVID pandemic.
With the health emergency, the pontiff said in his message for World Door of the Poor on November 14, "another scourge has been added which has further multiplied the poor".
He stressed "it is urgent to give concrete answers to those who are suffering from unemployment, which is dramatically hitting so many heads of households, women and young people".
Francis added that "unscrupulous" finance also created poverty traps.
Poverty is the result of "a system without scruples", he said.
"A market that ignores or selects ethical principles creates inhuman conditions that fall on people already living in precarious conditions.
"We thus see the creation of ever more traps of poverty and exclusion, produced by unscrupulous economic and financial actors, devoid of a humanitarian sense and social responsibility".
The pope insisted that the poor must see their dignity restored, and that "charity is not enough".
He said Christians should "renounce wealth and power".
Francis added that there was still too much discrimination against women who were being held "far from positions of responsibility". (ANSA).