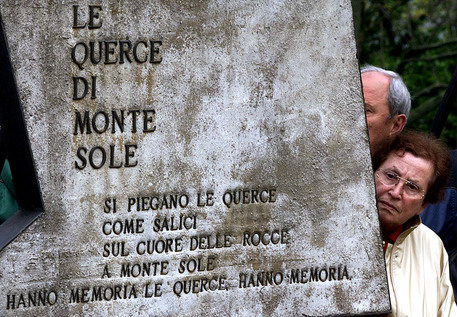 (ANSA) - VATICAN CITY, JAN 21 - An Italian Partisan priest who was killed by the Nazis for denouncing Italy's and Europe's worst WWII atrocity is set to be beatified, the first step towards sainthood.
Father Giovanni Fornasini was murdered after openly accusing the Nazis of the Marzabotto Massacre, the mass murder of at least 770 civilians which took place in the territory around the small village of Marzabotto, in the mountainous area south of Bologna, over six days in September-October 1944.
It was the largest massacre of civilians committed by the Waffen SS in Western Europe during the war.
It is also the deadliest mass shooting in the history of Italy.
Pope Francis on Thursday authorised the Congregation for the Causes of Saints to issue a beatification decree for the "martyr of God Giovanni Fornasini, diocesan priest, born on February 23 1915 at Pianaccio di Lizzano in Belvedere and killed, in hatred of the Faith, at San Martino di Caprara, on 13 October 1944", when he was just 29.
Italian Partisans Association ANPI recalled that the young priest, who won a posthumous gold medal for valour, was close to the Partisans of the Red Star Brigade. (ANSA).