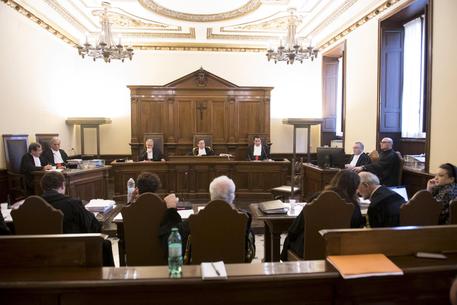 (ANSA) - VATICAN CITY, JAN 21 - The former head of the Vatican Bank IOR, Angelo Caloia, was found guilty of money laundering and embezzlement over the sale of IOR property by a Vatican court on Thursday.
Two lawyer brothers, Gabriele and Lamberto Liuzzo, were also found guilty in the case.
Caloia and Gabriele Liuzzo were sentenced to eight years and 11 months in a Vatican jail, while Lamberto got five years and two months since he was only found guilty of money laundering and not embezzlement too.
The three men were permanently banned from public office.
The first two were also sentenced to pay a fine of 12,00 euros, while the latter was fined 8,000 euros.
IOR, whose acronym stands for Istituto per le Opere Religiose or Institute for Religious Works, was awarded damages of around 23 million euros. (ANSA).