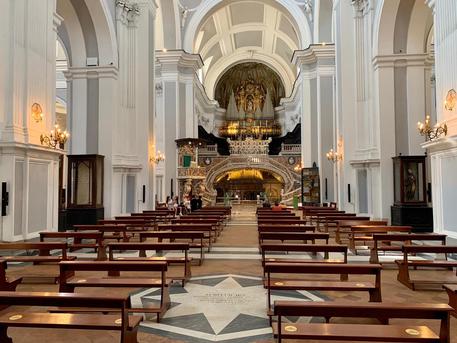 (ANSA) - PALERMO, JAN 18 - An Italian priest has been placed under investigation on suspicion of sexually abusing minors.
The priest from Enna in Sicily is also a religious education teacher.
He is accused, on the basis of complaints from boys, of sexually abusing youngsters during leisure activities at the local oratory.
Police said his alleged victims were "mostly underage".
Other clerics found out about the abuse but kept silent, police said.
Similar episodes had been reported at nearby Piazza Amerina but the only action taken was the temporary transfer of the accused priest from the parish.
The Enna flying squad is investigating the latest reports.
Local Church authorities have been informed, police said.
Pope Francis has repeatedly vowed zero tolerance on the sexual abuse scandals that have roiled the Catholic Church.
Some victims' groups have said he has not done enough to ensure cover-ups do not recur. (ANSA).