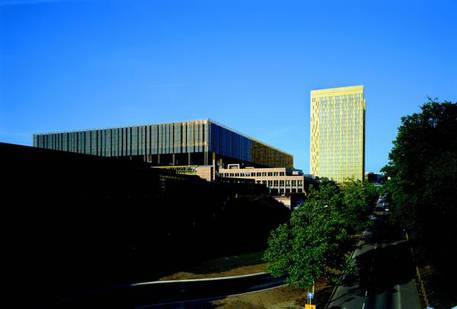 (ANSA) - Milan, November 6 - The European Court of Justice on Tuesday ordered Italy to recover ICI property tax not paid by the Catholic Church.
The ruling quashed a 2012 decision by the European Commission and an EU court sentence of 2016 that stated "the impossibility of recovering the aid because of organisational difficulties" with respect to non-commercial bodies like schools, clinics and hotels.
The ECJ judges said these circumstances constituted "mere internal difficulties in Italy".
They rejected, however, an appeal on another property tax, IMU.
The heads of Rome's Montessori School, which filed the appeal against the exemption for the Church's non-commercial bodies, told ANSA "we're very happy, it has been a long battle, but in the end David has beaten Goliath".
They said "we waged this battle representing non-religious and democratic businesses which wanted to fight the privileges which distorted and still distort the country's economic life", said the directors of the school which has some 150 students in Rome's Balduina district.
"This is an historic sentence," said one of the school's two lawyers, Edoardo Gambaro, told ANSA.
Together with another lawyer, Francesco Mazzocchi, he presented the appeal to the ECJ.
Gambaro said "if Italy were not to recover the aid (for the Church), it would pave the way for an infraction proceeding (by the European Commission)".
"This would have high costs for Italian citizens," he told ANSA.
The Italian Radical Party, which has long campaigned to make the Church pay property tax on its non-commercial buildings, said "the Court gave justice and we want to dedicate this victory to (late leader Marco) Pannella, who taught us all what a fight for rights means".
The party presented the first appeal against the Church not paying ICI 12 years ago.
Socialist Party leader Riccardo Nencini urged the government to "move to get the ICI back".
He said it amounted to at least four billion euros.