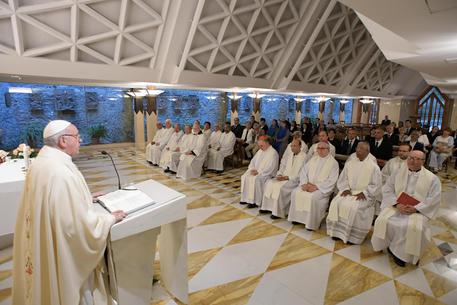 (ANSA) - Vatican City, September 11 - Georg Gaenswein, the personal secretary of former pope Benedict XVI, on Tuesday compared the crisis the Catholic Church is enduring due to sex abuse scandals to the impact of September 11 terrorist attacks. The Catholic Church has been hit by a long series of cases of child sex abuse by clergymen in many parts of the world.
These include the recent report by a Pennsylvania grand jury that said more than 300 priests abused more than 1,000 children over seven decades. "Today is September 11, the date of an apocalyptic diaster and the Church is looking at its own September 11, full of dismay, above all, following the Pennsylvania grand jury report," Gaenswein said during an encounter at the Lower House.
"This catastrophe of ours is linked to many days and years and to countless victims". Gaenswein said that during his papacy, Benedict repeated denounced the gravity of pedophilia, calling it an attack on the Church from within. On Monday Pope Francis' nine top cardinal advisers said the Holy See was preparing the "necessary clarifications" about accusations that the pontiff was among top Vatican officials to cover up sexual misconduct by a former cardinal in the United States.