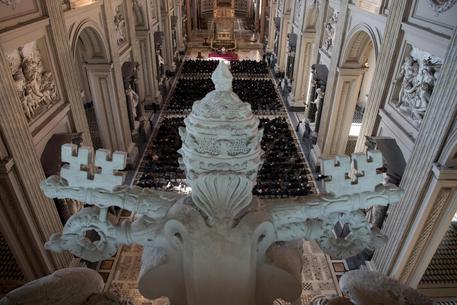 (ANSA) - Vatican City, March 16 - The Vatican said Friday that a canon trial against Anthony Sablan Apuron, Archbishop of Agaña, Guam, over allegations that included accusations of sexual abuse of minors has concluded with the defendant being found guilty of some charges. As a result Apuron faces "the penalties of privation of office and prohibition of residence in the Archdiocese of Guam".
The Vatican said the first-instance ruling is subject to possible appeal.
"In the absence of an appeal, the sentence becomes final and effective," a Vatican statement said.
"In the case of an appeal, the imposed penalties are suspended until final resolution". In May 2016 Apuron, 72, was accused by a man of sexually abusing him in 1972, when the alleged victim was 12 and the clergyman was a simple priest.