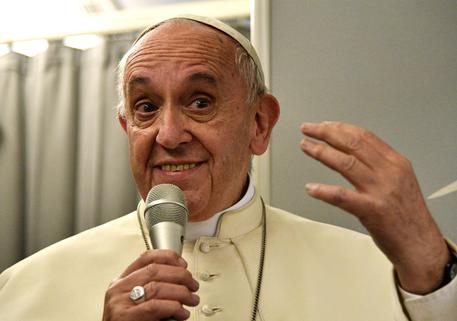 (ANSA) - Iquique, January 18 - Pope Francis on Thursday married a Chilean air hostess and a steward on a flight from Santiago to Iquiqe. It was the first time a pope had celebrated a wedding during a flight. The staff of the Latam airline, Carlo and Paul, aged 41 and 39, have been living together for several years and have two children. They had already been married in a civil ceremony.
They had been unable to do a religious wedding because their church collapsed in a 2010 earthquake.
The wedding celebrated by the pope was not planned.
It was "unexpected", the Vatican said.