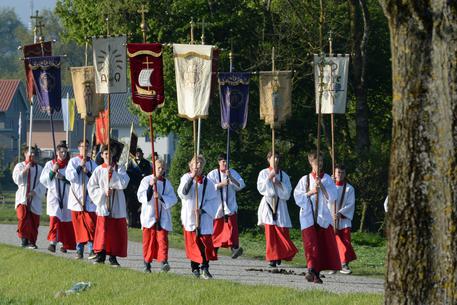 (ANSA) - Vatican City, November 20 - A new probe into alleged gay sex at a Vatican junior seminary that supplied altar boys to St Peter's has found evidence that there were homosexual acts between boys of the same age but no paedophilia, the Vatican said at the weekend.
The probe came after journalist Gianluigi Nuzzi reported on the case in his new book Original Sin and after TV show Le Iene interviewed one of the alleged participants who is now a priest.
The Vatican said an initial probe in 2013 was carried out by the heads of the Pio X preseminary and the Archbishop of Como based on complaints "relating to previous years and which allegedly involved boys of the same age", but the complaints did not "find adequate conformation".
But in the light of the new revelations, the Vatican said, a new probe has been opened "to shed full light on what happened".