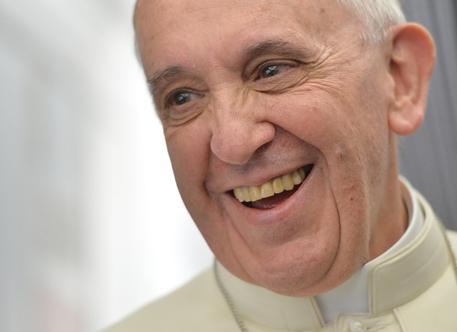 (ANSA) - Vatican City, November 7 - Pope Francis has appointed two women as under-Secretaries of the Dicastery for the Laity, Family and Life, the Vatican said on Tuesday.
They are Professor Gabriella Gambino for the section for life and Dr Linda Ghisoni, currently judge at the Court of First Instance for cases of nullity of marriage for the Lazio region, for the section for the lay faithful. Gambino was born in Milan on 24 April 1968, and is married with five children.
In 1995 she graduated in political science from the University of Milan; in 2001 she received her PhD in bioethics from the Institute of Bioethics at the Catholic University of the Sacred Heart in Rome.
From 2001 to 2007 she has been teaching, studying and researching bioethics at the Institute of Methodology of Social Sciences at the LUISS-Guido Carli University in Rome. In 2002 she was appointed as scientific expert on the National Committee for Bioethics at the Presidency of the Council of Ministers; from 2013 to 2016 she collaborated with the Pontifical Council for the Laity and with the Pontifical Academy for Life, also as a speaker at conferences; in 2017 she was visiting Professor at the Brazilian section of the Institute at the Universidade Católica do Salvador de Bahia.
She is currently adjunct Professor of Bioethics at the Faculty of Philosophy, researcher and associate Professor in Philosophy of Law at the Faculty of Law at the University of Rome Tor Vergata; she is also Professor at the Pontifical John Paul II Theological Institute for the Sciences of Marriage and Family at the Lateran University.
She is the author of numerous publications regarding in particular the themes of life, marriage and family.
She knows English, French, Spanish, German and Portuguese.
Ghisoni was born in Cortemaggiore, Piacenza in 1965, she is married and the mother of two daughters.
She obtained the Vordiplom in philosophy and theology at the Eberhard-Karls-Universität in Tübingen (1991); a doctorate in Canon Law from the Pontifical Gregorian University (1999); a diploma as Rotary lawyer from the Studium rotale of the Tribunal of the Roman Rota (2002) and the diploma in administrative practice at the Congregation for Divine Worship and the Discipline of the Sacraments (1994).
At the Tribunals of First Instance and Appeal of the Vicariate of Rome, she has worked as a notary (1997-1999), Defender of the Bond (1999-2002), auditor (2002-2005) and judge (since 2005); at the Holy See she has served as Judge of the Tribunal of the Roman Rota (2003-2009), member of the Commission for the Defence of the Bond in the causes of the annulment of unconsummated marriage at the Congregation for Divine Worship and the Discipline of the Sacraments (2006-2011) and, since November 2011, at the Tribunal of the Roman Rota.
From 2013 to 2016 she collaborated with the Pontifical Council for Laity in the field of specialist laity studies in the Church.
She is currently a judge at the Tribunal of First Instance of the Vicariate of Rome, professor at the Faculty of Canon Law of the Pontifical Gregorian University, and lecturer in the Department of Law of the University Roma Tre.
She is the author of scientific publications on canon law.