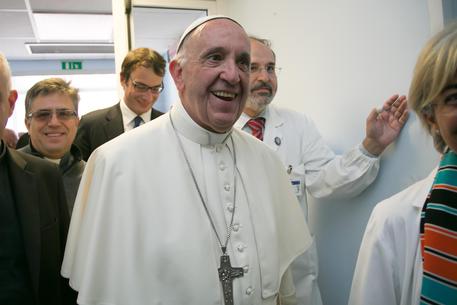 (ANSA) - Vatican City, September 25 - The Secretariat for Communication of the Holy See has blocked access to a website where it it possible to sign a petition accusing Pope Francis of heresy in his 2016 document Amoris Laetitia - The Joy of Love, sources said Monday. As a result it is not possible to access the page in any language from computers inside the Vatican. The page, www.correctiofilialis.org, can be reached outside the Vatican.
The petition is linked to a 25-page letter by conservative Catholics delivered to the pope in August last month issuing him a "filial correction" - a measure they said was being using for the first time since the 14th century - over the document, which opens up the possibility of divorced and civilly remarried Catholics receiving communion.
Among the signatories is Ettore Gotti Tedeschi, the former president of the Vatican bank, the IOR. The letter accuses the pope of seven "heretical positions about marriage, the moral life, and the reception of the sacraments, and has caused these heretical opinions to spread in the Catholic Church".