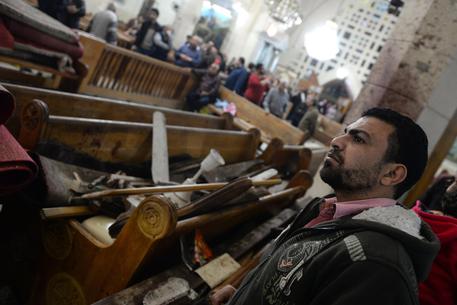 (ANSA) - Rome, April 10 - Sunday's bomb attacks on two Coptic churches that left at least 44 dead will not stop Pope Francis's two-day trip to Egypt at the end of this month, the Vatican has said.
Extremist Islamist group ISIS has claimed responsibility for the attacks that prompted Egyptian President Abdul Fattah al-Sisi to declare a three-month state of emergency.
"It was an attack on dialogue, on peace," Monsignor Angelo Becciu, the Vatican's Substitute for General Affairs in the Secretariat of State, said in an interview in Monday's Corriere della Sera.
"I also think it was an indirect message to those who govern the country and against the Christian minority which, in recent times, has found more liberty. "There is no doubt that the Holy Father will maintain his resolution to go. "What happened caused dismay and great suffering, but it cannot stop the pope's mission of peace taking place".